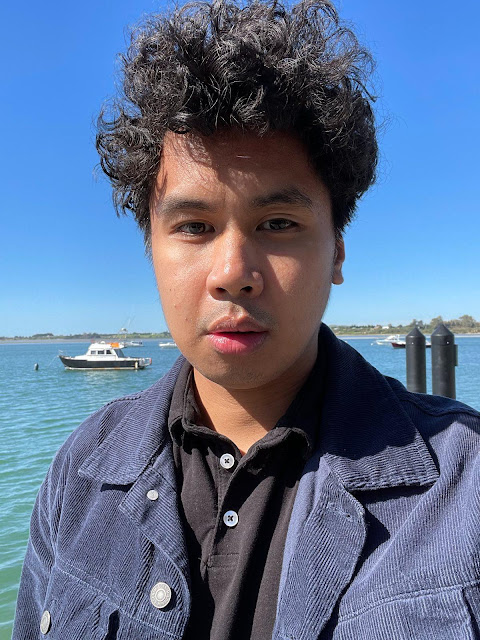 I'm a Filipino-New Zealander pursuing Cybersecurity and Performance Arts. Pragmatism and Creativity should be both encouraged. Consequently, I fight for this sentiment through both mediums. Okay, cool. Now let's slowly drop the formality so I can actually just type this thing out with Authenticity, aight? let's go.

Make friends with the right people, create performance arts and cybersecurity content I enjoy and hope for the best but stay grounded to reality. Best case scenario, I manage to build a community that I'd have some sort of voice to campaign for a role or even more meaningful things bigger than me. But hey, Cybersecurity ain't just to invest on my delusions. It just happens to be as true of a passion as my creative side.

You just might find me swimming at the pools!

..or jamming Klondike near the ocean from one of my playing card collection or in reality.. just nerding it out at my desk playing some building games 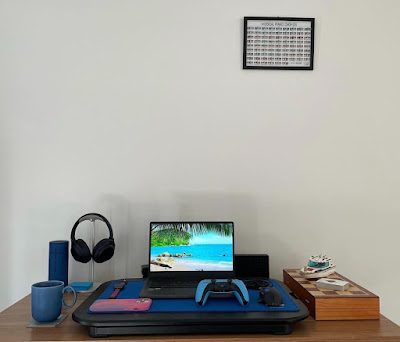 Really though, I'm mostly just working at this building, adulting my way -one day at a time. 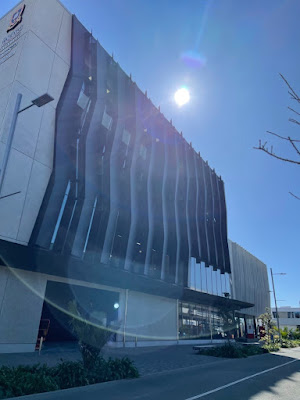 Being a bit of a Musician from a Developing Country, I was always encouraged to pick a 'safe-route' outside of Music. I chose Computer Science, but boy did that backfire. I'd be lying to you if I said that I fully enjoyed coding. Although I eventually got competent enough to even tutor first year level material, it was just not in my heart. I enrolled thinking that I'd be building computers, and a bit more hands-on but by the time I realised that the game was mostly geared towards Software Development, I felt the responsibility to finish the Degree. 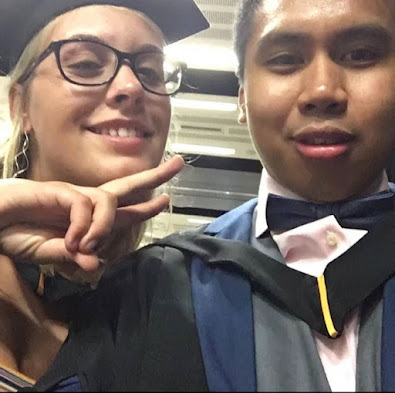 Vittoria makes me look like a handsome grad here. Bitta shoutout to her aye!

Fast forward, I landed a pretty ideal job. I could suddenly call myself an ICT Consultant 😎 I thought it was pretty badass, and I still do! haha -I loved it, mate. It was just like what I imagined: a very human-side of the tech industry. It's so fulfilling every-time a Client genuinely appreciated my support.

A thousand tickets later, the right circle managed to re-wire the thinking of a boy with compromised confidence. Somehow they managed to actually appreciate my work-ethic, improvement and encouraged critical thinking. That's a big deal, man. I was raised by people who were outspoken about how incompetent I was so that was legit pretty life changing.

Our Tech Department suddenly thought that hey, we probably need a Cybersecurity Team. It was better late than never. Somehow, a code-hating guy like me had to encouragement to pursue a career that usually condescending programmers (not you) place as a holy-grail.

So here I am, after a bit of research, a cybersec certificate plus finding out that my grandad was the Chief of Intelligence for the freaking Philippine Government, I was game. Cybersecurity was just as badass as being an IT Consultant, and it's a career that might just satisfy my Chess Puzzle playing brain, but with actual human factor involved relative to other technology paths.

This one's from my Lichess Account. I know Chess Gatekeepers say Puzzle ELOs don't matter, but I don't care. I'm at 1900 ELO on it and I'm prouda this alright

So yeah, there ya go. All that vain stuff aside, I do like the idea of being able to claim that I protect a whole entity against hackers for a living. Dope, right?

Ok now I'll get to the actual 'Why?" alright? Anyone who'd know me outside of this virtual realm knows that I'm a big Marvel Fan Boi. Believe it or not, that's the franchise that got me to want to become an Actor. It just seems to be the only thing on Cinema that effectively pushes for unknown individuals to suddenly become a symbol of representation.

Ok. So this is where I invest a bit of money I'd earn from Tech. I still stubbornly pursue trying to be in the entertainment industry because maybe I just simply believed all the hype from the adults who told me that I'm meant to become such a Star. Now here I am, delusional, and still want to play pretend. 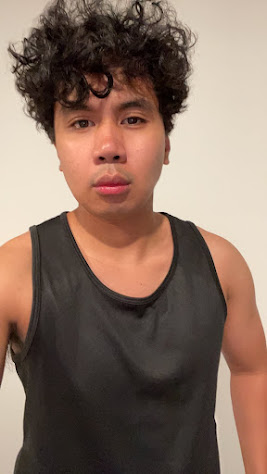 Speaking of representation, have you ever seen a Filipino, let alone a Filipino-New Zealander as a main character? Nah? Yeah me neither, and that's the mission. I've always felt like a Minority within Minorities, and boy would it mean so much if I could contribute somehow in representation.

P.S. Here are more pics of me where I think I look ok but no healthy place to express my vanity.

"Wait, I thought you were a musician" you say. Well, mate. That's a teenager's game. Once you're passed that stage, it becomes more and more unlikely to actually pop into the scene. At least with acting, I can be Morgan Freeman aged and could still look honourable right? Besides, I'd still sing here and there cos what a waste of a Musical Talent otherwise.

Here I tried to look sophisticated. 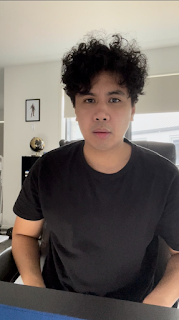 Here I attempted to look majestic. 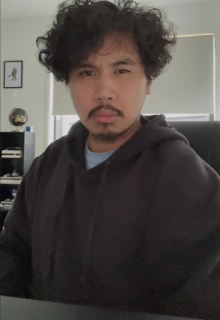 and this was me smilin big for the ghost who read all that somehow. 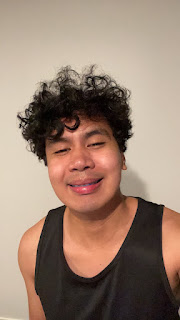 Regi Mancebo-Medina
New Zealand
Kamusta? I'm an ICT Professional with a background in Cybersecurity and Performance Arts. My goal's to establish the importance of Creativity within the Technology Industry. This gives me a pretty decent excuse to pursue acting while growing my expertise in InfoSec. If I'm extremely lucky, I become an MCU superhero while I get pretty respected in the CyberRealm.

Emotional Intelligence: Why It Can Matter More Than IQ
by Daniel Goleman

Time Management Cure: Guide to Destroy Procrastination, Build Highly Productivity Daily Habits, Boost Self Discipline. Blueprint to Achieve Goals, Fast Focus, and Getting Things Done with Less Stress
by Brian Hall
Very nice and simple read about the fundamentals of Time Management. Really got me into the correct mindset every time I read it :-)

The Obstacle is the Way: The Timeless Art of Turning Adversity to Advantage
by Ryan Holiday

Ego is the Enemy: The Fight to Master Our Greatest Opponent
by Ryan Holiday